That’s the uninspiring name of a module I was teaching this summer semester. It’s part of an MEd degree programme for future EFL teachers here in Germany.

But not to fear – I am always on a mission to capture students’ attention with an interesting ‘Special Topic’ and get them really engaged in the content so they can develop their language and academic skills! Previously, I’ve done “Immigration and Multiculturalism,” “How United is the United Kingdom?,” and “Britain in the 1990s.”

And another thing I’ve started in recent years is getting students to work on a class project with a result that can be shared more widely than just Trier University! We’ve put on an exhibition and written an e-book so far.

This term, my students produced short documentary films, each around 15-20 minutes long, and each on one aspect that influences social class in England. They came up with the catchy title of “Social Class in England: Is it really all about the money?” 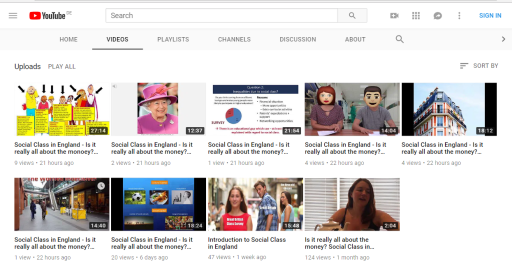 You can find the videos on YouTube here. Feel free to enjoy them all, and leave a comment or two of feedback for my students!

If you want to know about the Whys and Hows, read on…

So why do I think projects like this are a good idea?

How did I set up the video project?

During the discussions, I provided vocabulary or phrases the students were lacking, if asked, and at the end of each lesson, I gave feedback on langauge mistakes I had heard. (I did this every lesson, but won’t keep repeating it in this list!) 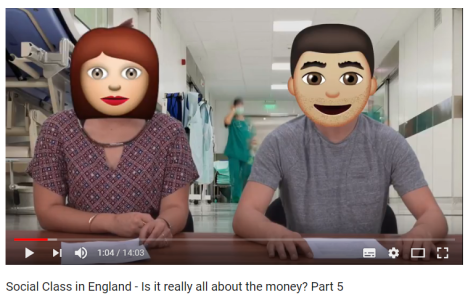 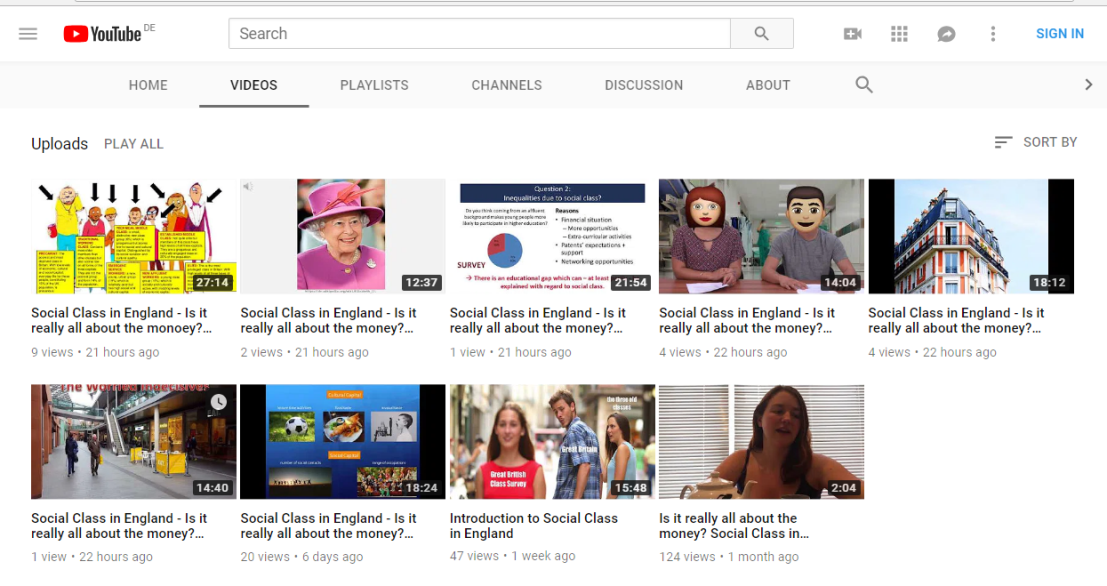 4 thoughts on “Social Class in England: A Video Project with Students”